The 60m SEA FALCON is an innovative stylish superyacht entirely developed in-house by the highly skilled MONDOMARINE ENGINEERING team with the aim of creating a new hard-chine hull which increases performance, speed, stability and also allows for a roomier interior.

Likewise, the sporty and fresh exterior design by Luiz de Basto is visually oriented towards its advanced technical capabilities.
However, this new project is not just a distillation of high-quality engineering, but also a flawless example of profound aesthetic innovation with a modern stylistic look increasingly appealing to the international clientele.
The generous interior spaces justify the vessel’s sizeable total mass spread across four decks, while thanks to the skill of the designer the large outline shows to be flawlessly moulded and sculpted into an extremely sleek shape.

The panoramic sun deck, partially covered by a large hard top, is intended for a sunbathing area with swimming pool and a lounge area.

Outside on the upper deck, there is a relaxation area, while inside the sky lounge has a dining area that can be opened out and transformed into an al fresco dining area and an area laid out as a cinema room that can be fitted out with sofas and armchairs. The upper deck also features a service pantry and the wheelhouse with the captain’s cabin with its own en suite bathroom.

Outside on the main deck we find another relaxation, while inside the salon houses a bar, a living zone and a dining area adjacent to the pantry and galley. Still on main deck there is the owner’s suite with a private study/office, the master stateroom and two dressing rooms, as well as the bathroom with bathtub and shower.

The lower deck provides another private space this time dedicated to the guest accommodation staterooms, each with private bathroom.

The lower deck also features the crew quarters with a crew galley, crew mess and five crew cabins, each with its own bathroom.

Among the various highlights, the M60 SEA FALCON project includes a beach club inside the openable transom door and two fold out sections of the main salon walls open into balconies that effectively extend the living spaces and the view over the sea. 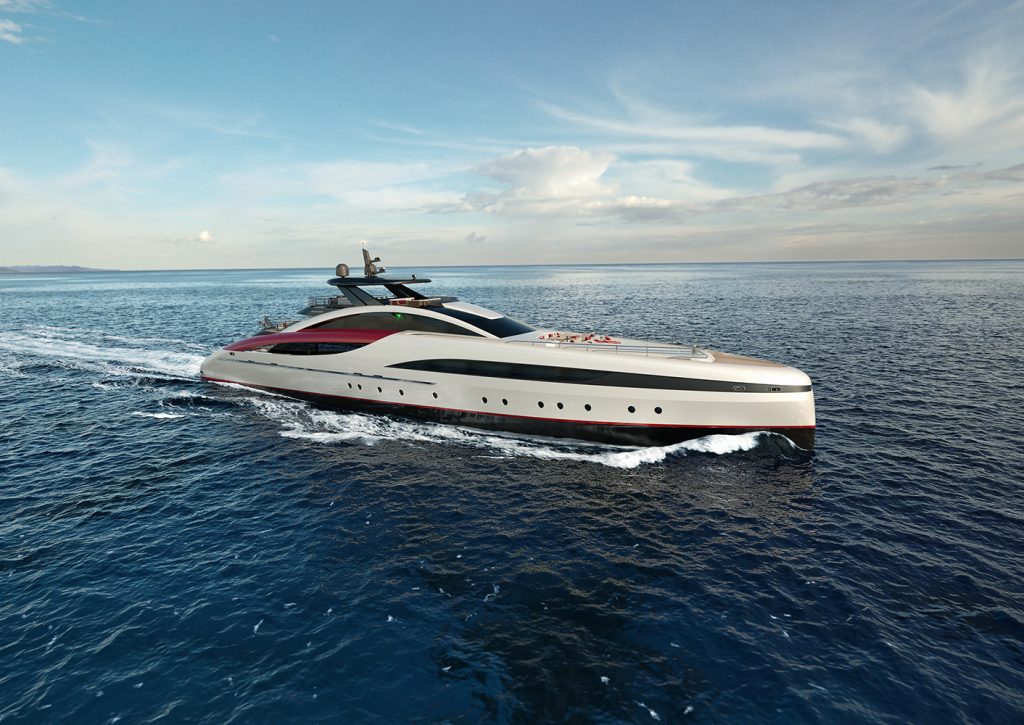 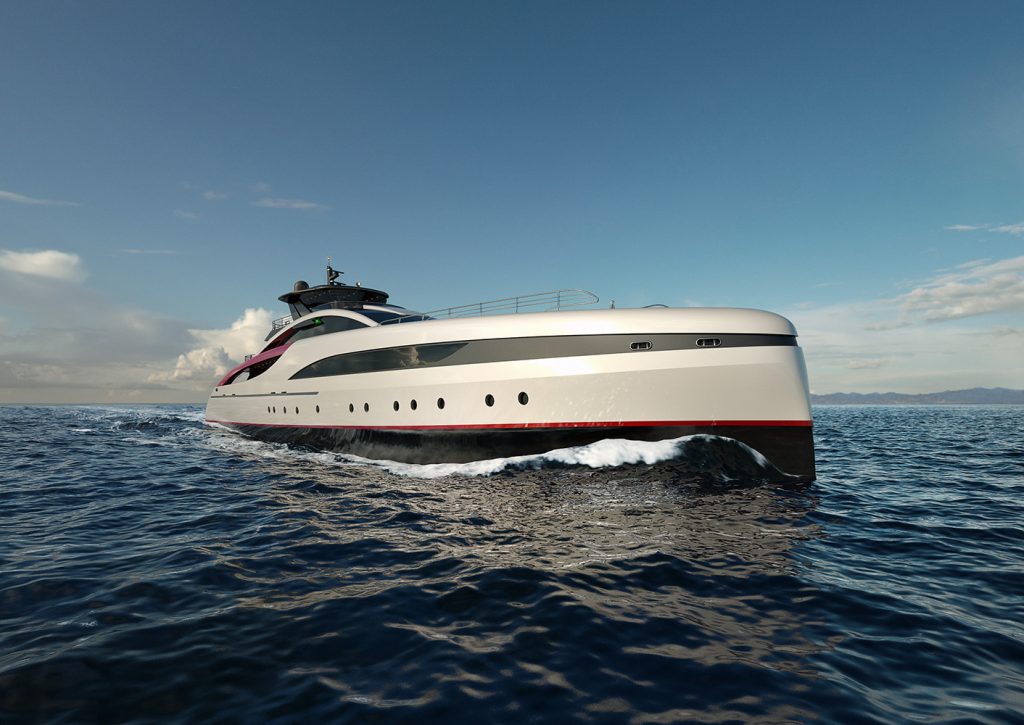 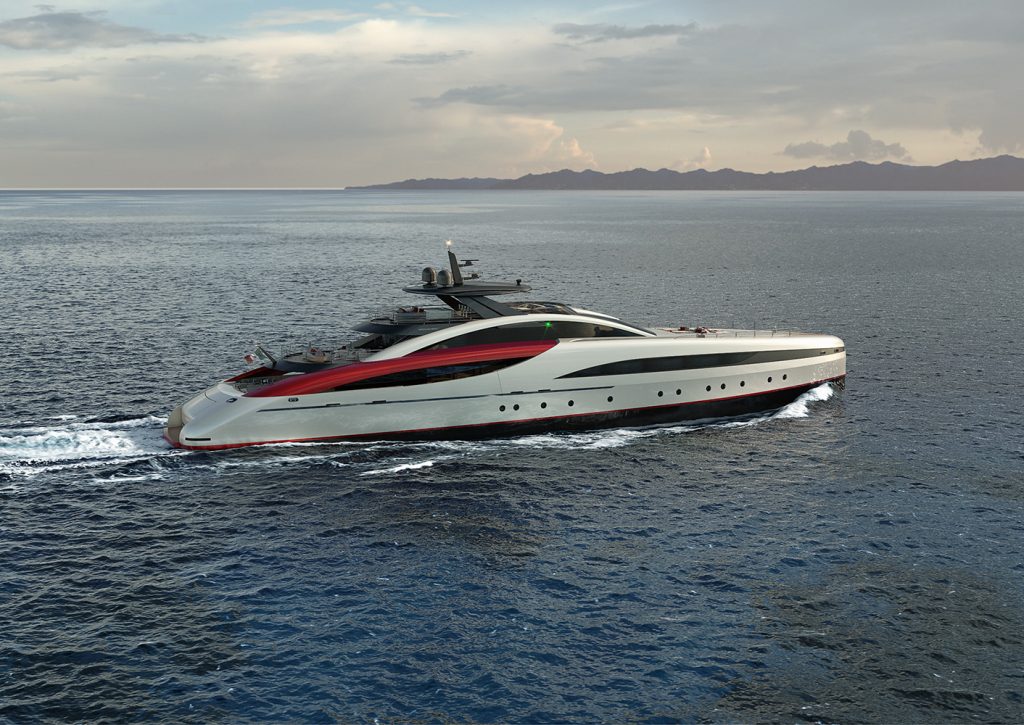 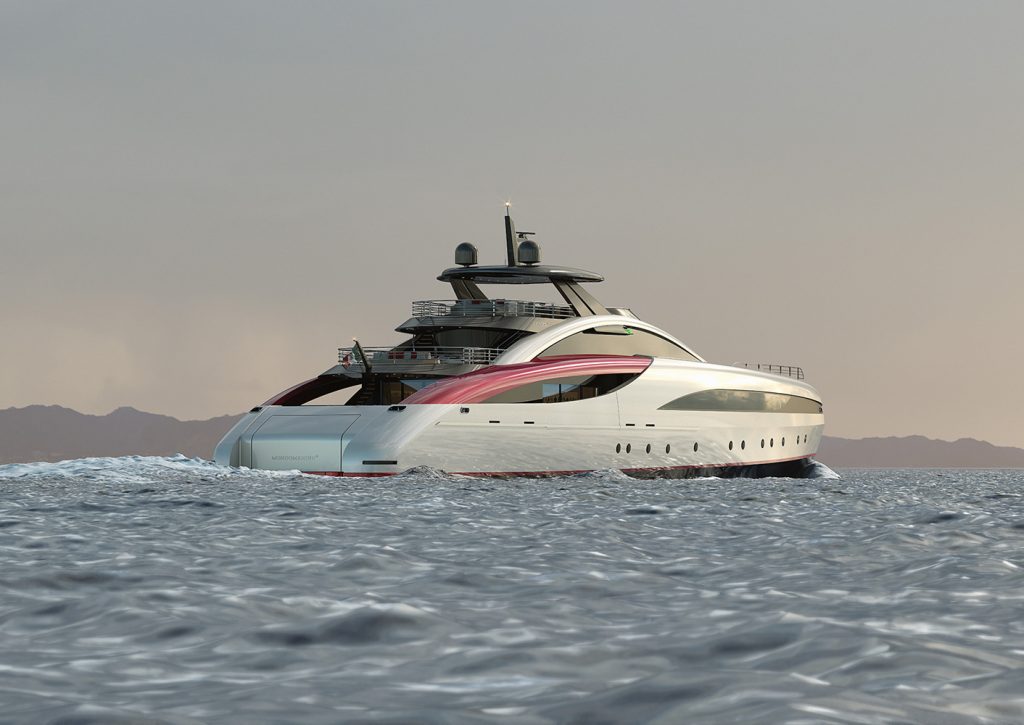 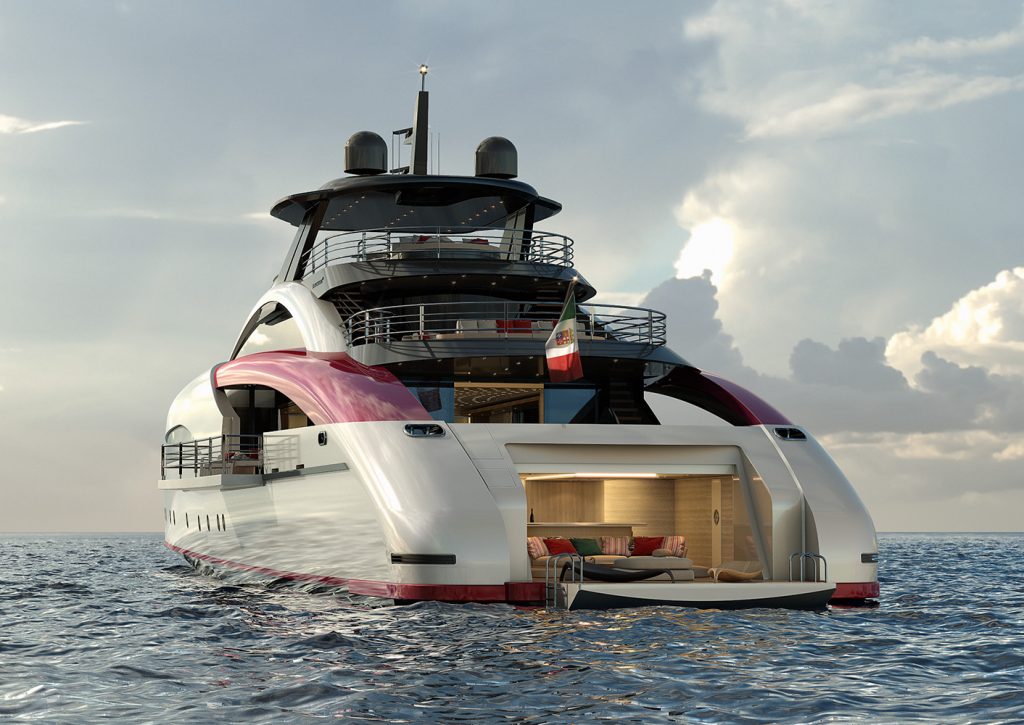 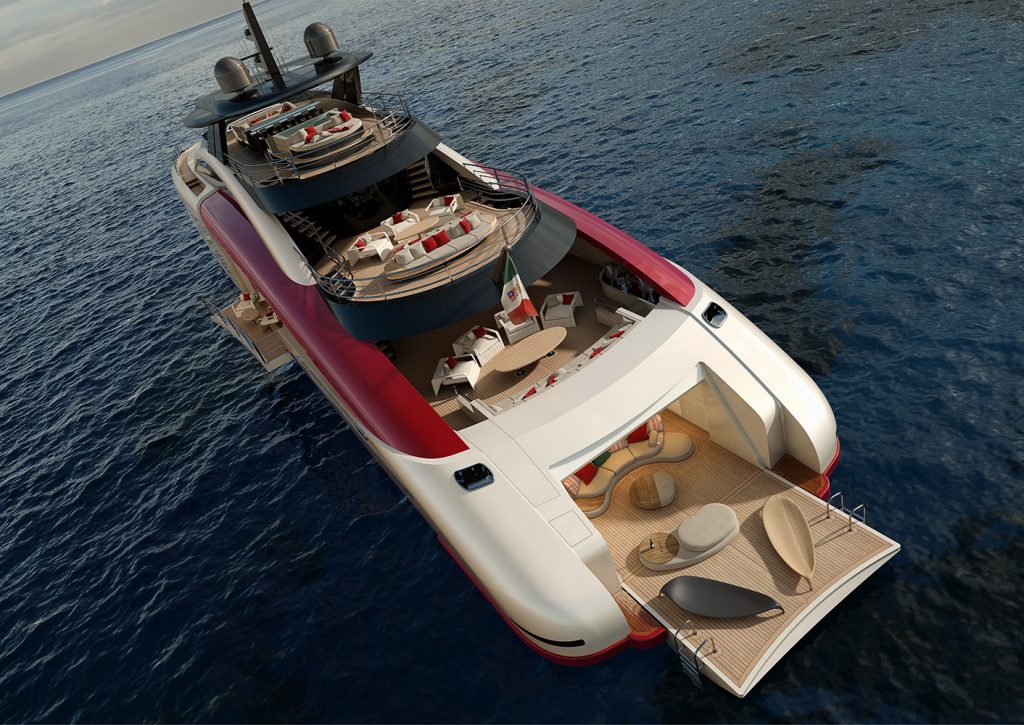 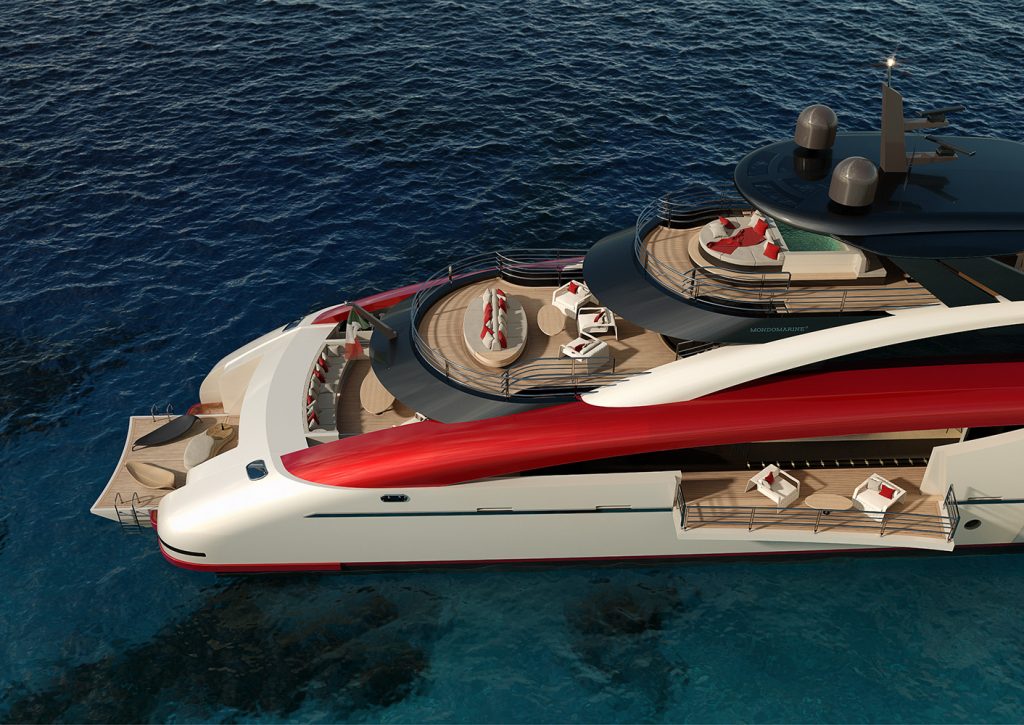 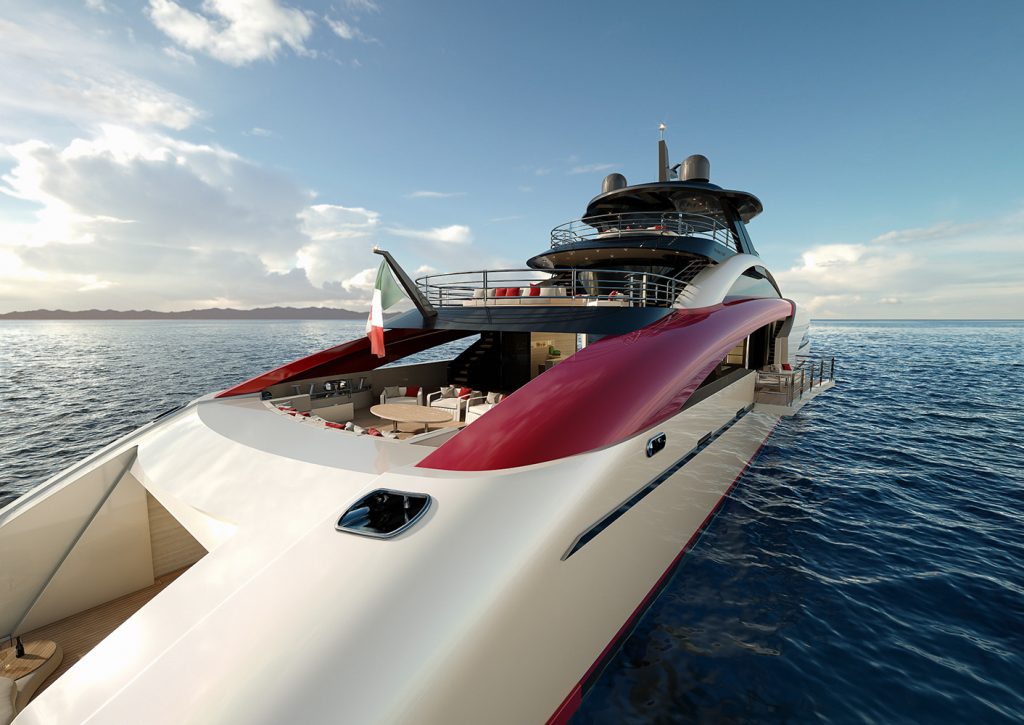 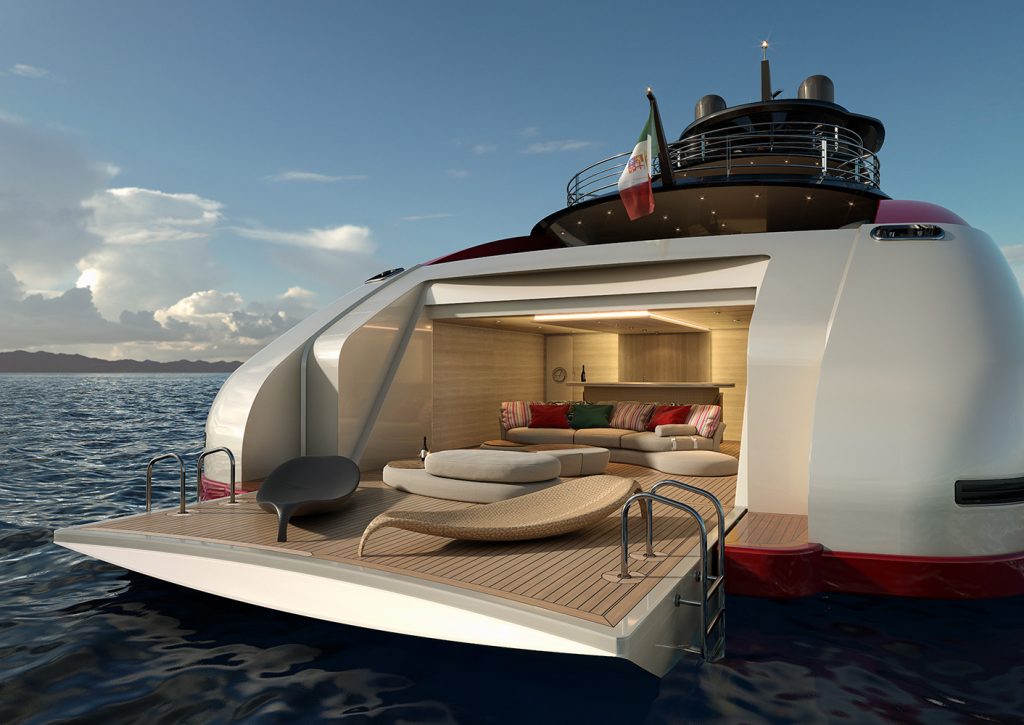 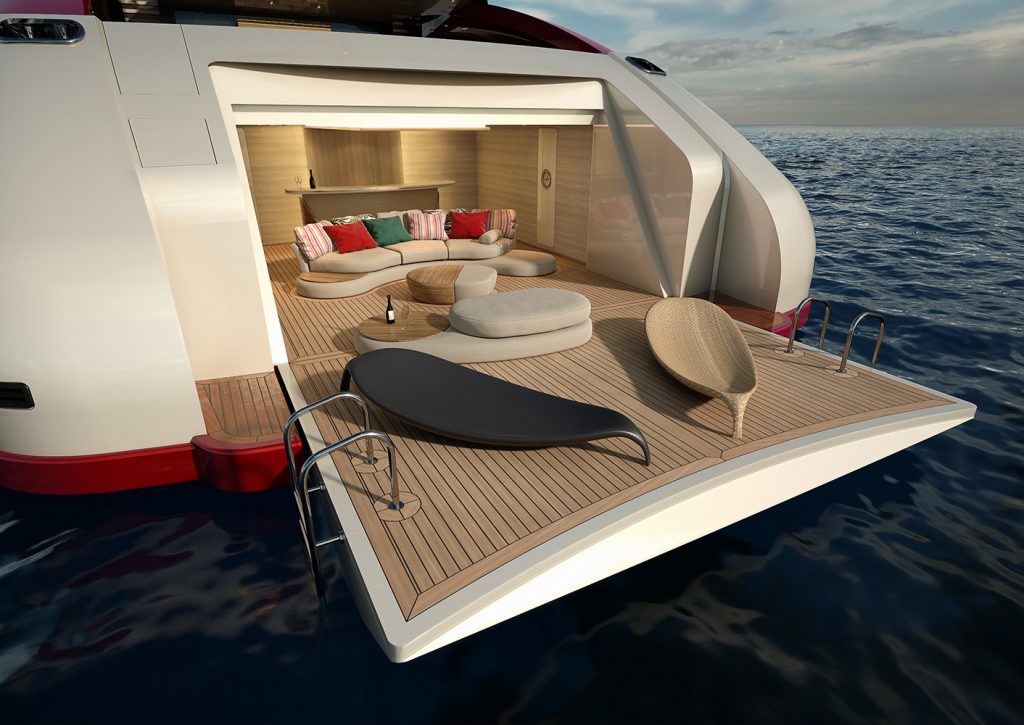 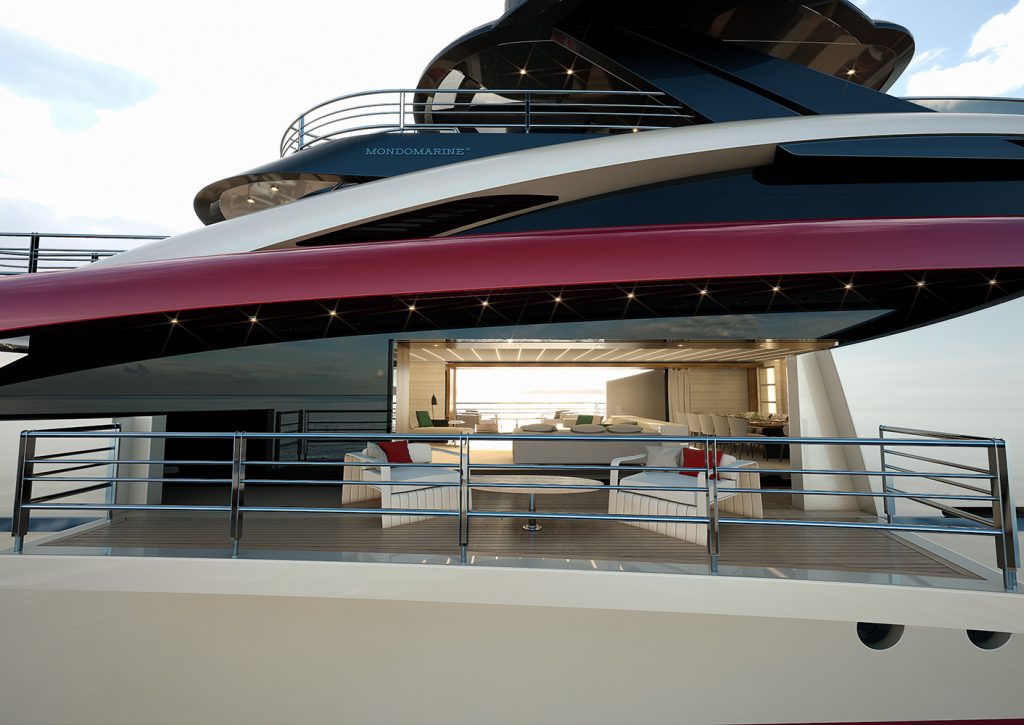 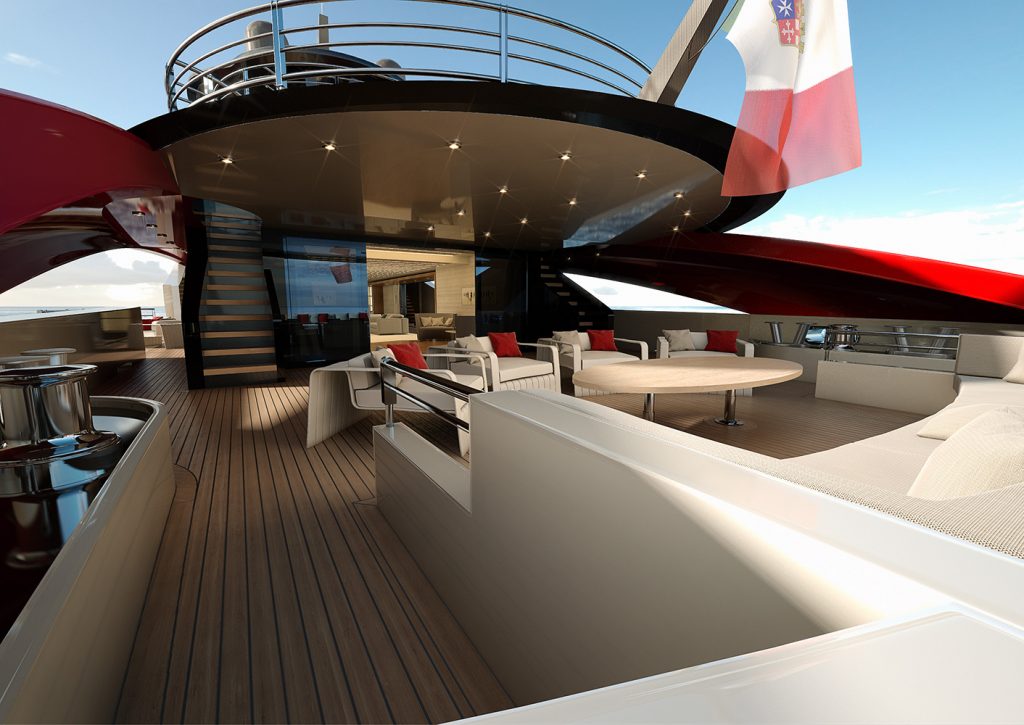 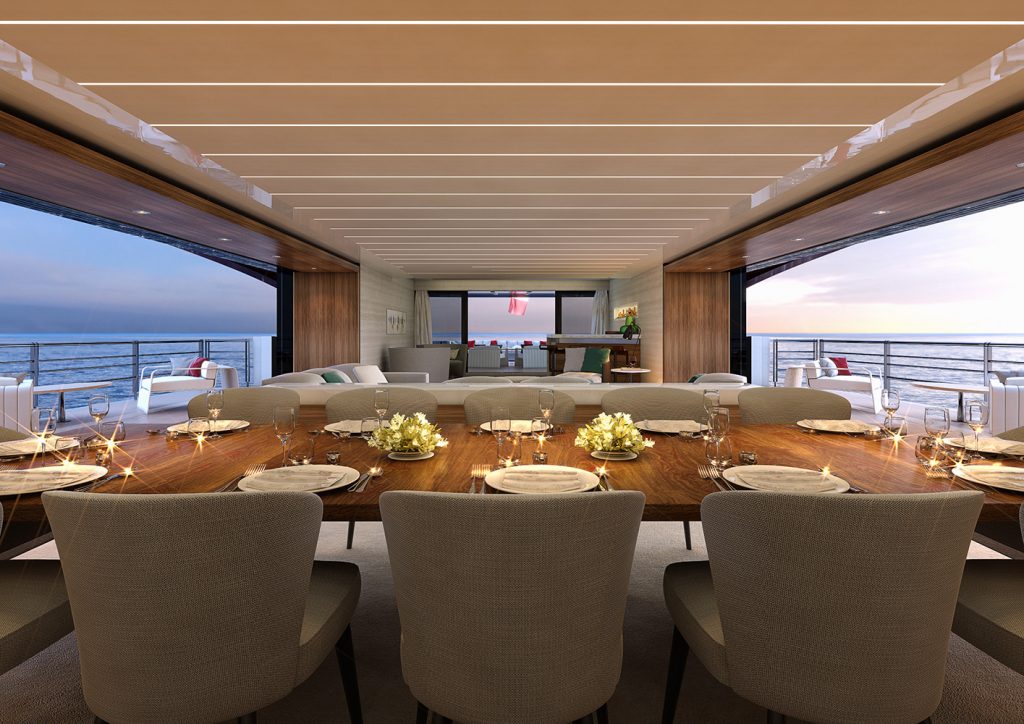 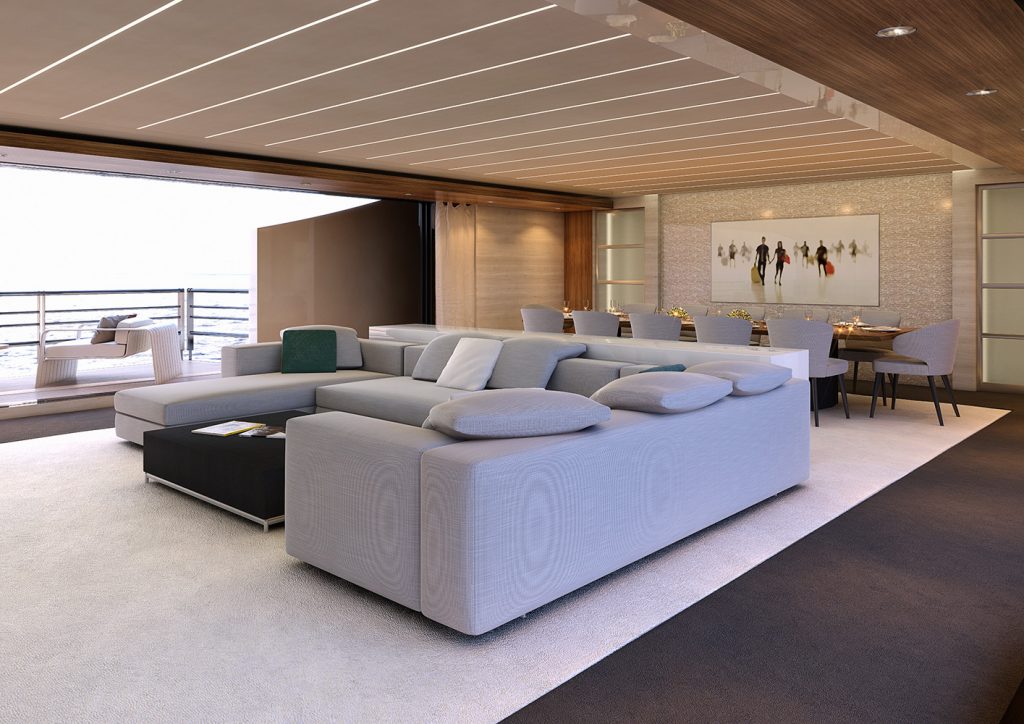 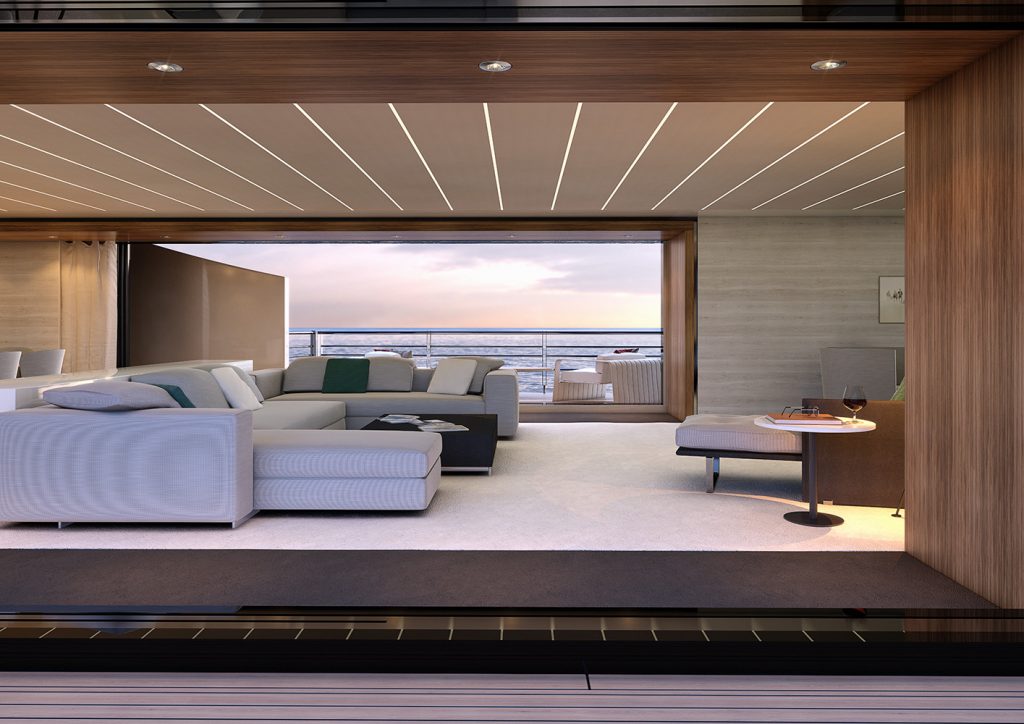 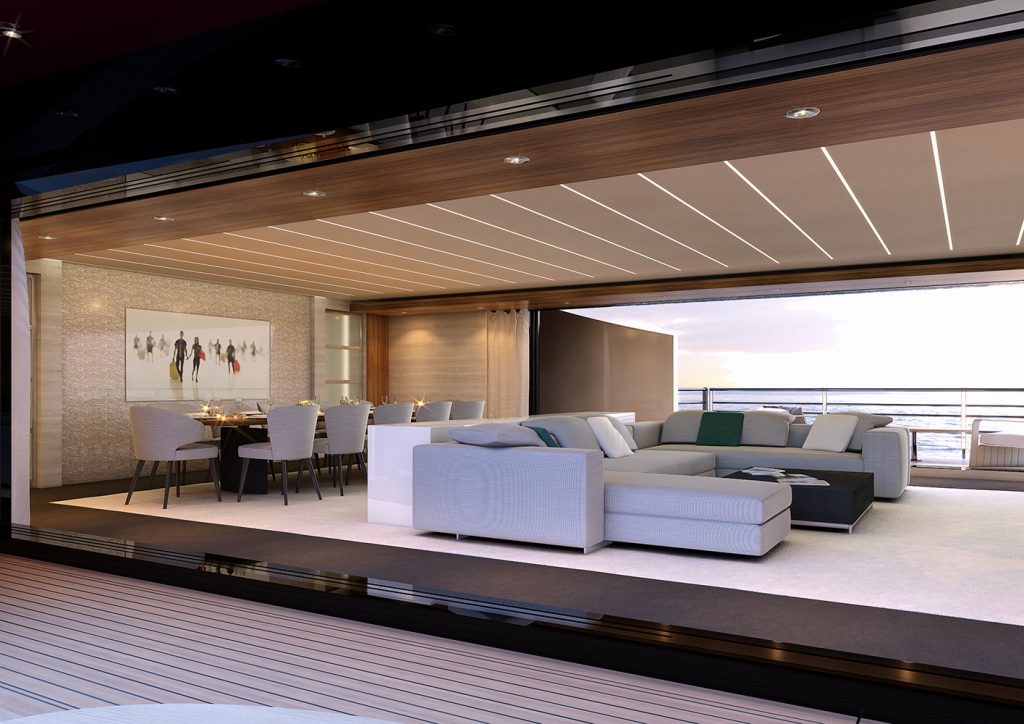 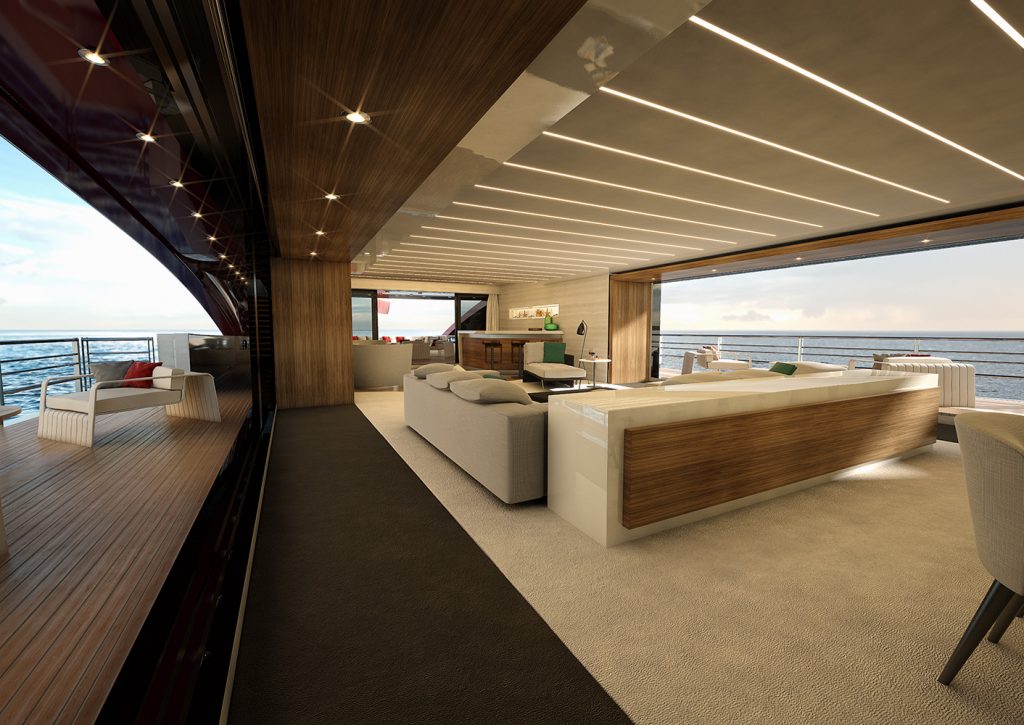 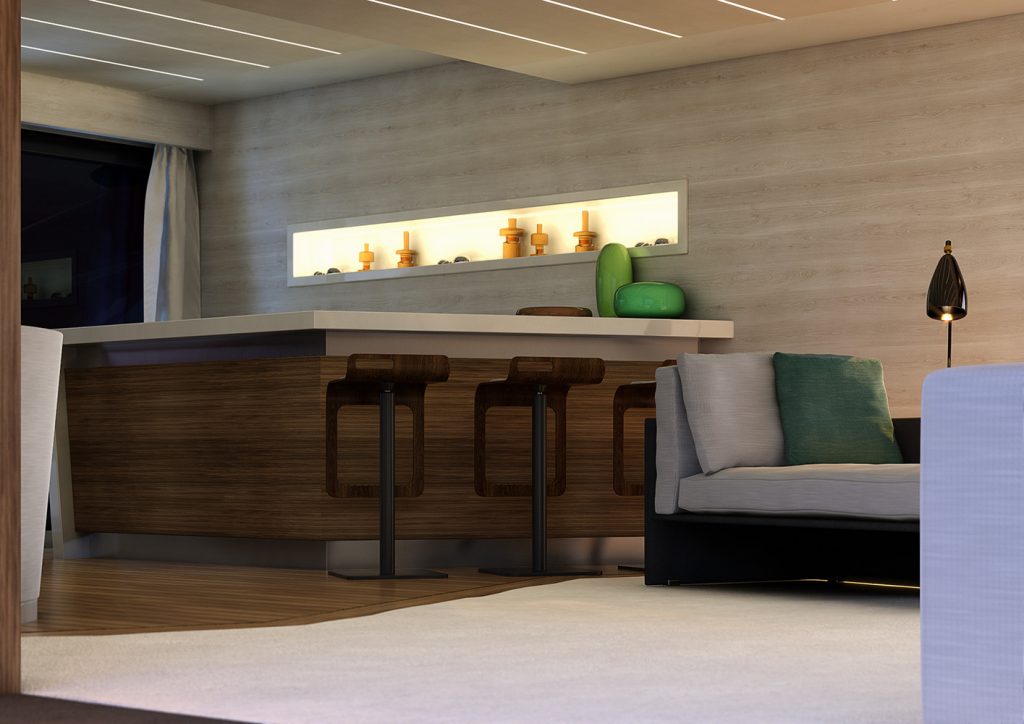 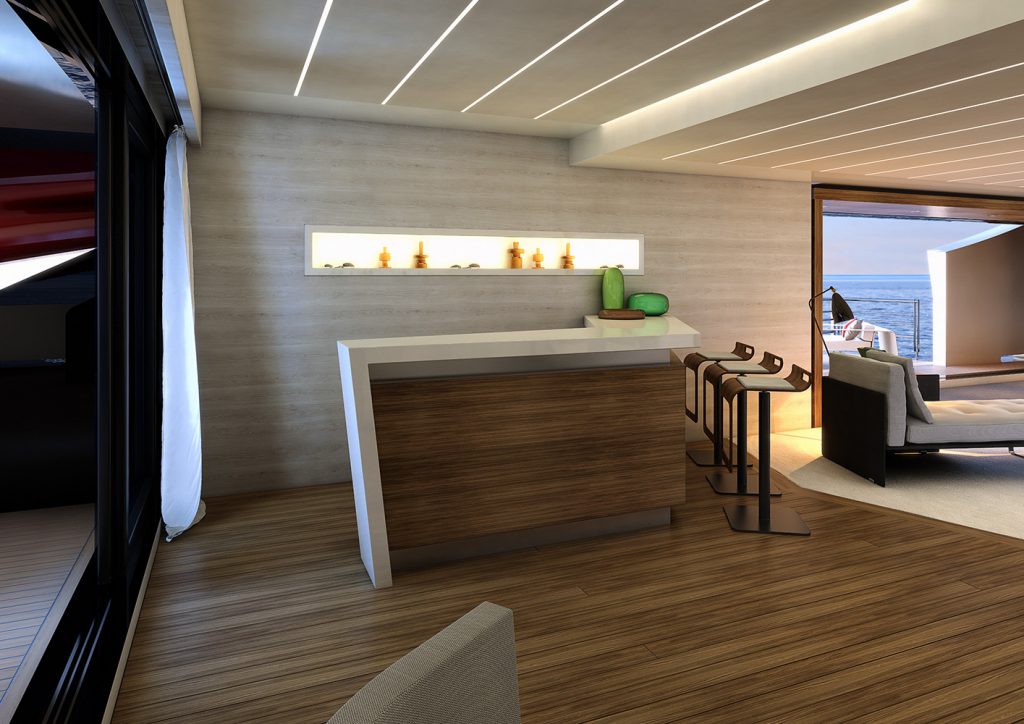 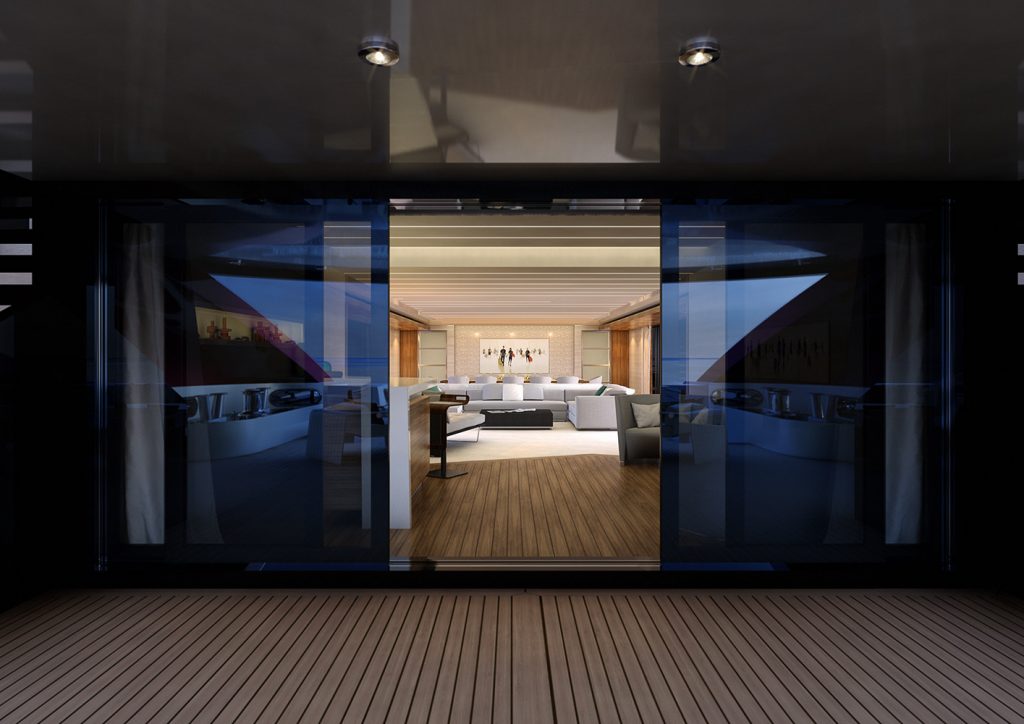